As you may know, all food businesses in the UK are required to have a food safety management system in place. This is to make sure their food is safe to eat and free from any foodborne illnesses.

This system must be based on the principles of HACCP (Hazard Analysis and Critical Control Points) and will, among other things, require anyone who handles food to take steps to maintain good food hygiene and prevent cross contamination. These will include requiring them to wash their hands after handling raw meat and other raw foods, and cooking foods to a certain minimum temperature.

In this article, we will look at what TACCP and VACCP are and explore some of the prominent food fraud cases that have affected the UK.

TACCP stands for Threat Assessment and Critical Control Points, and is a system used to identify the threats that a food business may experience throughout its supply chain.

In contrast, VACCP (which stands for Vulnerability Assessment and Critical Control Points) is used to identify the points in the food supply chain at which these threats could contaminate the food being produced.

Creating a food defence system based on TACCP and VACCP is not a strict legal requirement. However, the Food Safety Act 1990 and the Food Safety (Northern Ireland) Order 1991 require all food businesses to produce food that will not cause harm, complies with food safety requirements, and is as the consumer expects. Taking steps to prevent food contamination is a key part of ensuring that this legislation is met.

Also, cases of food fraud have become more frequent and prominent in recent years, and have led to serious consumer harm, legal issues and reputation damage. People deserve to eat food that does not cause harm or food poisoning, so creating a food defence system can help a food business to protect itself from these consequences and create safer, higher-quality food products.

In this section, we will look at some real life food fraud case examples in order to emphasise how frequently it occurs and understand what some of the most common forms of food fraud are.

In August 2021, three supermarkets in Fulham were closed after a man was found injecting items with an unknown chemical using a syringe. These stores were closed temporarily, and shoppers were instructed to throw away everything they had purchased.

This is an example of malicious contamination, a form of attack in which a food product is contaminated deliberately with the intention of causing damage to a business, or harm to the consumer through illness or death.

For more information on this example, click here to read the BBC's article.

In August 2020, a farmer from Lincolnshire was found guilty of adding metal shards to jars of baby food with the intention of blackmailing the supermarket Tesco. He was said to have sent a series of letters and emails to the supermarket between 2018 and 2020, demanding to be paid around £1.4 million in Bitcoin.

The supermarket had CCTV footage of the contamination taking place in a Scottish store, and multiple customers from this store had reported finding metal in baby food that they had purchased. As a result, 42,000 jars of baby food were recalled.

This is an example of extortion and malicious contamination. Extortion is when a malicious actor threatens to intentionally contaminate an organisation’s products unless they receive a pay-off and, because Tesco refused to pay, the farmer maliciously contaminated some of their products with the intention of causing harm.

More information on this case can be obtained from a BBC article about the farmer's sentencing.

A Guardian analysis, published in March 2021, of more than 9,000 seafood samples from restaurants, fishmongers and supermarkets around the world found that 36% of it was mislabelled. Mislabelling is when a product is intentionally labelled incorrectly to deceive customers into thinking that it is of a higher quality, has a different origin, is safer, etc.

Mislabelling is a significant issue with seafood because it travels through complex supply chains, making it easy and profitable for criminals to mislabel low-value foods as higher-value ones.

Also, many different types of seafood can look and taste similar to another, making it difficult to identify whether it has been mislabelled. For example, shark catfish is a group of fish widely farmed in Vietnam and Cambodia that is often mislabelled as cod or haddock due to its similar taste and texture.

For more information on creating a food defence system, or a food safety management system, consider taking one of our Institute of Hospitality-endorsed courses below: 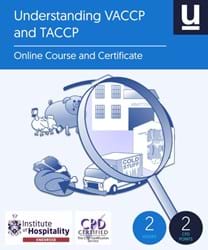 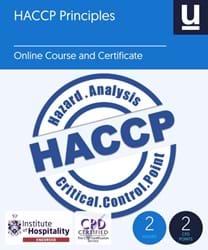