A Guide to Food Additive Legislation in the UK

Food additives are used in a wide variety of food and drink items to make them look more visually appealing, taste better, and last longer. However, each country has a different set of laws and regulations controlling the use of these ingredients in food, with many food additives being outright banned in certain countries.

For this reason, food businesses need to be extremely careful when determining which ingredients and additives they will use in their products.

In this article, we will look at what food additives are, and the law surrounding banned foods and the use of food additives in the UK, EU and America.

What are food additives?

Food additives are ingredients that are added to food and drink to improve it in some way, or to carry out a particular function. The most common additives are:

What is food additive legislation?

As a result of this, any food business looking to sell food in the UK must ensure that the ingredients and additives they use have been approved, and seek approval for any that have not.

A list of the approved ingredients and E numbers that can be used in food products can be found on the Food Standards Agency’s website or in the retained EU Regulation 1333/2008.

Be aware that, now the UK has left the EU, there are slight differences between the list of additives that can be used between the two. For example, the European Food Safety Authority (EFSA) banned the use of titanium dioxide in food in 2022, an additive commonly used in chewing gum and soups, but it has not yet been banned in the UK and there are no plans to do so at the time of writing.

Which foods are banned in the UK?

There are a large number of foods that are banned in the UK because they can cause harm if eaten. These include certain genetically modified foods, food dyes, preservatives, and hormone-treated and chlorine-washed meats.

Foods can be banned for a number of reasons, including because they are carcinogenic or cause hyperactivity in children. Anyone found selling foods that are banned in the UK, including foods that contain banned additives, may be fined or sent to prison.

Some examples of foods that are banned, or are not authorised for use in the UK, include:

It is important to note that, while an additive may be authorised for use, its use can be restricted to certain products or quantities.

There are also strict labelling requirements that food businesses must comply with to ensure that consumers are aware of the contents of the food they are eating, including any additives or artificial ingredients it may contain. For example, legal names can only be used on food labels for certain products, such as honey, to avoid food businesses from ‘hiding’ the additives their products contain.

Which spices are banned in the UK?

There are several spices that are banned in the UK, including azo dyes (which are often referred to as Sudan dyes). This is because they are carcinogens, and are known to cause genetic defects and skin allergies.

Are American foods banned in the UK?

While American food is not explicitly banned in the UK, differences between American and UK legislation make it difficult to source raw materials or products from the USA. This is because additives do not need approval from the United States’ Food and Drug Administration (FDA) before they can be used in food products. Instead, they need to be generally recognised as safe for their intended use by qualified experts.

This means that many food products sold in America contain ingredients and additives that are either banned in the UK, or have not been authorised for use by the Food Standards Agency, and are illegal to sell as a result.

As a result of this link, any product containing any of the six food colours listed above must display a warning on its packaging stating that it ‘may have an adverse effect on activity and attention in children’.

At Commodious, we offer several food safety courses that cover the safe preparation and storage of food. To find out more about these courses, use the links below: 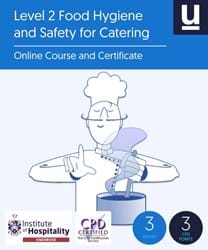 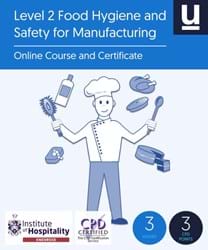 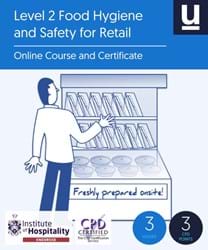